After each matchday of the 2022 FIFA World Cup, Sportsnet.ca’s World Cup Daily blog will recap the day’s events and look ahead to the next day’s slate of games.

Here’s what happened on Tuesday in Qatar, in case you missed it…

Teams moving on: Netherlands and Senegal (Group A), England and United States (Group B)

Eliminated teams: Ecuador and Qatar (Group B), Iran and Wales (Group B)

Round of 16 matches: Netherlands vs. United States, England vs. Senegal

Can we talk about the Netherlands’ Cody Gakpo?

At every World Cup, there is at least one player who announces himself to the World with a series of breakout performances. One can recall how in 1990 a relatively unknown Salvatore Schillaci emerged as Italy’s goal-scoring hero, winning the Golden Ball as the tournament’s top scorer and leading the host nation to a third-place finish.

This World Cup is far from over, but so far, Cody Gakpo is making a case to be the breakout player in Qatar. The 23-year-old winger, who plays for PSV Eindhoven, opened the scoring in the Netherlands 2-0 win over Qatar in Group A action to send the Dutch through to the round of 16 after failing to qualify for the 2018 World Cup in Russia.

In netting his third goal of the competition, Gakpo became only the fourth Dutch player to score in three consecutive World Cup games. The others? Johan Neeskens (1974), Dennis Bergkamp (1994) and Wesley Sneijder (2010). Fair to say that’s some pretty impressive company. His goal against Qatar also means he is only the second player in World Cup history to open the scoring for his team on three occasions in the same group stage after Alessandro Altobelli of Italy in 1986. As it stands, he’s tied with France’s Kylian Mbappé and Ecuador’s Enner Valencia as the top scorer in Qatar.

What’s been especially impressive about Gakpo, who is being monitored by Manchester United and several other big European clubs, is the versatility he brings to the Dutch attack. He has scored with his left foot, his right foot and his head at this World Cup, while also using his speed, deft ball control and acceleration to burn opposing defenders. We saw that against Qatar in the 26th minute when he played a quick one-two with teammate Davy Klaassen, took the return pass and dribbled towards the box before unleashing a gorgeous curler from 20 yards out that nestled inside the far post.

Tyler Adams a true leader for U.S. on and off the pitch

Tensions always run high whenever the United States and Iran face off in international competition due to the long-standing geopolitical tensions between their governments. It puts the athletes in an incredibly difficult and awkward position. Some handle the situation better than others, and then there is Tyler Adams, who captained the U.S. to a 1-0 win over Iran in Group B to send the Americans through to the knockout round of the World Cup.

Adams, who at 23 is the youngest captain at this World Cup, isn’t the flashiest of players. He’s only scored one goal for his country, and he doesn’t produce highlight reel moments that instantly go viral. What he does do is provide his national team with a steadying presence in central midfield. When the U.S. is under pressure, it’s usually Adams that his teammates look to get the ball to, confident in the knowledge that he can hold onto it, and serves as a release valve as the defence resets itself. He’s also a more than capable distributor of the ball who can play his teammates into dangerous scoring positions.

Iran saw the very best of Adams on Tuesday night, as the American captain completed 90 per cent of his passes, made three tackles and one defensive clearance, and won seven of the 11 duels he was involved in. His sturdy performance provided the U.S. the platform it needed to edge out Iran in what was a tension-filled, and tightly contested game.

But Adam’s steadiness isn’t limited to what he does on the field. He showed just as much poise during Monday’s final press conference before this game. After being scolded by an Iranian reporter for pronouncing “Iran” incorrectly earlier, Adams was asked about his feelings about widespread racial discrimination in the U.S. Adams, who is Black, was the very picture of composure in giving his response.

“My apologies on the mispronunciation [on the name] of your country. That being said, there’s discrimination everywhere you go,” Adams said. “One thing that I’ve learned, especially from living abroad in the past years and having to fit in in different cultures, is that in the U.S., we’re continuing to make progress every single day.”

He later added: “I grew up in a white family with obviously an African American heritage and background as well, so I had a little bit of different cultures, and I was very easily able to assimilate in different cultures. Not everyone has that ease and the ability to do that. And obviously it takes the longest to understand. And through education, I think it’s super important — like you just educated me now on the pronunciation of your country. So it’s a process. I think as long as you see progress, that’s the most important thing.”

GOAL OF THE DAY

A mere three minutes after Ecuador equalized against Senegal – a result that if it stood would’ve sent them through to the knockout round – the African nation retook the lead and booked its place in the Round of 16 for the second time in its history. The South Americans didn’t properly deal with a free kick into the box, and the ball fell to Senegalese captain Kalidou Koulibaly who volleyed home from seven yards out to restore his team’s lead.

MOMENT OF THE DAY

It had to be the sight of that Moroccan fan celebrating with Senegal’s supporters after the African nation retook the lead against Ecuador:

QUOTE OF THE DAY

“We came here to the World Cup to make history. First game didn’t go our way. We played well but we didn’t get the three points we wanted. I’m happy to put my name in the history books [by scoring vs. Croatia], we showed the quality. But definitely in this third game [on Thursday vs. Morocco], we want to finish with three points.” – Canada’s Alphonso Davies after the team’s training session on Tuesday.

• Qatar is the first host nation to lose all three of its group stage games at the World Cup.

• Senegal is the first African nation to beat a South American side at the men’s World Cup since Cameroon defeated Colombia in 1990, ending a 21-game winless run (four draws and 17 losses).

• England finished top of its World Cup group for the first time since 2006, when it was eventually eliminated by Portugal in the quarter-finals.

• Marcus Rashford is the first Manchester United player to score three goals at a major tournament for England’s men’s team since Bobby Charlton at the 1966 World Cup.

• The U.S. men’s team has advanced to the knockout rounds in all six World Cups in which it avoided defeat in its first match.

• The U.S. men’s team has kept clean sheets in consecutive World Cup matches for the first time since its first two games in the competition in 1930.

THREE STARS OF THE DAY

1) Marcus Rashford (England): Scored two second-half goals against Wales to secure first place in Group B and a spot in the round of 16 for England.

2) Cody Gakpo (Netherlands): Scored in his third straight game in Qatar to help send the Dutch through to the knockout round.

3) Kalidou Koulibaly (Senegal): The centre back was outstanding in marshalling his side’s defence, and he scored the game winner.

LOOKING AHEAD TO WEDNESDAY

There are four more matches tomorrow with three spots in the Round of 16 up for grabs. France has already advanced but can clinch first place in Group D with a win or draw vs. Tunisia (10:00 a.m. ET). Australia and Denmark face off in the other group match, with both teams tied on one point and needing a win to overtake Australia (three points) for second place. A draw in that game would see the Aussies move on, even if they lose to France. In Group C, Argentina takes on Poland and Mexico faces Saudi Arabia (both at 2:00 p.m. ET). A loss or draw by Mexico would see it eliminated, while a win would send the Saudis through. A victory by either Poland or Argentina would see them move on, but a loss might also be good enough depending on what happens in the other game.

John Molinaro is one of the leading soccer journalists in Canada, having covered the game for over 20 years for several media outlets, including Sportsnet, CBC Sports and Sun Media. He is currently the editor-in-chief of TFC Republic, a website dedicated to in-depth coverage of Toronto FC and Canadian soccer. TFC Republic can be found here. 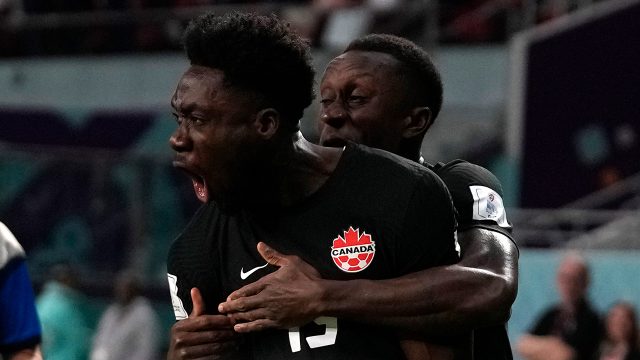 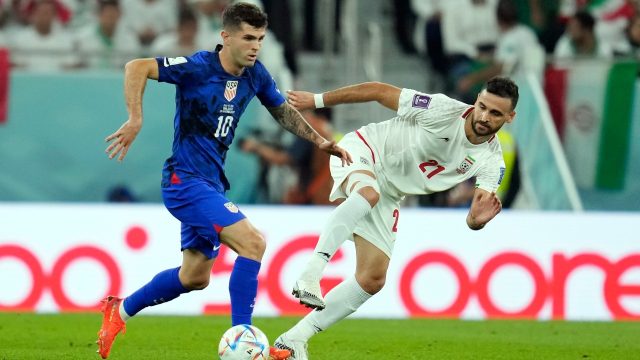 Scout’s Analysis: How the Montreal Canadiens should approach trade deadline

Where Flooding Could be a Big Problem this…