Pascal Siakam wasted little time in showing what the Toronto Raptors had been missing.

Back after a 10-game absence, Siakam scored Toronto’s first points of the game en route to 18 points and 11 rebounds to help the Raptors to a 100-88 win over the Cleveland Cavaliers on Monday.

O.G. Anunoby had 20 points, while Gary Trent Jr. finished with 14, Fred VanVleet scored 13, Scottie Barnes finished with 11, and Thaddeus Young chipped in with 10 for Toronto (11-9).

Siakam’s injury was a big blow after his sizzling start to the season. He was averaging 24.8 points, 9.3 rebounds and 7.7 assists before he slipped on the court in Dallas on Nov. 4 and strained an adductor (groin) muscle. The Raptors went 5-5 in his absence.

The 28-year-old showed little signs of rust in his return, recording eight points and four rebounds in his first seven-and-a-half-minute shift before taking a breather.

The game was tightly fought through the first half, with neither team leading by double digits. The Raptors’ 8-0 run midway through the third quarter put them up by 16 points, and Chris Boucher’s free throw made it an 18-point difference late in the frame. Toronto led 80-67 to start the fourth.

Trent Jr., who’s been mired in a shooting slump, hit a three-pointer with 5:55 to play to stretch the Raptors’ lead to 20 points. With 3:11 to play, Raul Neto was pestering VanVleet before the Raptors guard calmly scored on a three-pointer. The basket was the exclamation point on a solid victory and had the capacity crowd of 19,800 fans at Scotiabank Arena roaring. Coach Nick Nurse subbed out his starters soon after.

Anunoby’s three-pointer with 3:17 left in the first quarter put the Raptors up by seven, but they led just 26-24 to start the second.

The Raptors finally put some distance on Cleveland in the second quarter, taking a nine-point lead with a 12-3 run. Toronto took a 52-43 advantage into the halftime break.

Monday marked the first time in Barnes’ career he’s come off the bench in the regular season. The Raptors sophomore and reigning NBA rookie of the year had started all 90 of his previous regular-season appearances.

About a quarter of the way into the 82-game season, Nurse said it’s been difficult to gauge how good his team is due to all the injuries and illness.

“I’ve got a pretty good idea,” Nurse said. “We’ve looked like we can be pretty good. We need to get these health issues behind us … We were building some rhythm and momentum and confidence. Obviously it’s piecing it together for 10 games, I guess. That’s what I look forward to.”

The Raptors are in New Orleans on Wednesday and Brooklyn on Friday before returning home to host Orlando on Saturday, the first of three consecutive home games. 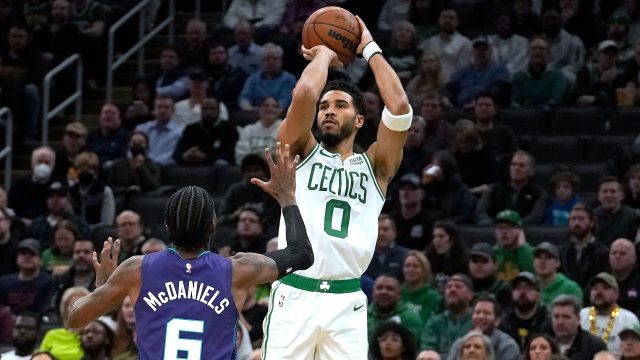 Tatum scores 35, Celtics dominate from deep to blow out Hornets 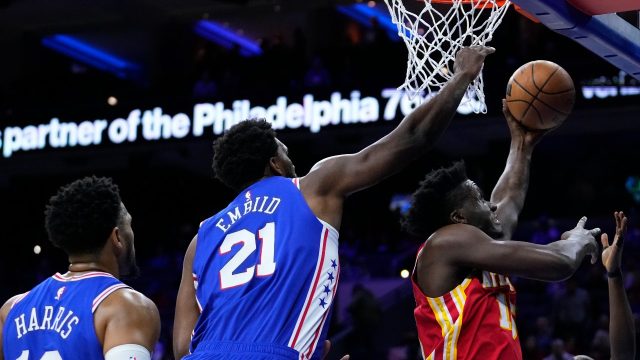 ‘Hockey at its best’: Flames-Rangers bout provides fans with performance to remember

Scout’s Analysis: How the Montreal Canadiens should approach trade deadline

Where Flooding Could be a Big Problem this…