The fans at Mullett Arena got a glimpse of the future on Friday night, and boy does it look bright.

During an NCAA matchup between the Minnesota Golden Gophers and Arizona State Sun Devils, Arizona Coyotes top prospect Logan Cooley scored a goal for the ages, pulling off the Michigan in his presumptive future home.

The highlight reel goal had fans in utter disbelief, while the marker proved to be an important insurance tally for the No. 2 ranked Golden Gophers. The goal have them some breathing room and was eventually the game-winner as the Gophers downed the Sun Devils 3-2. Cooley, who also had an assist in the game, was named the first star.

More importantly, Cooley showed Coyotes fans just a small part of what they have to look forward to in the years to come once the third-overall selection in the 2022 NHL Draft makes the leap to the National Hockey League.

Cooley has gotten off to a strong start to his NCAA career. After notching a goal and an assist in the contest, he sits tied for third on the Golden Gophers in scoring, and second amongst freshmen behind St. Louis Blues prospect Jimmy Snuggerud.

For Coyotes fans, Mullett Arena is no stranger to magical moments during Sun Devils games. Just last month, Josh Doan, another Coyotes prospect and son of Coyotes legend Shane Doan, buried the first goal in the history of the arena. 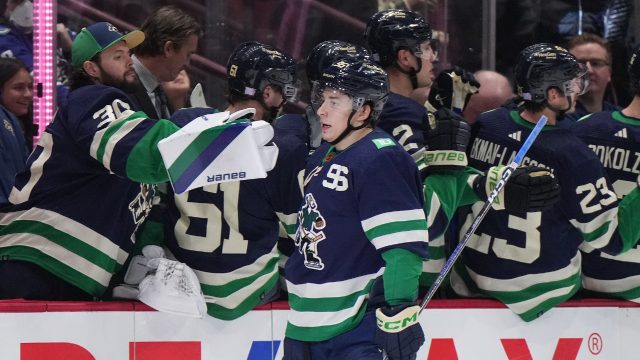 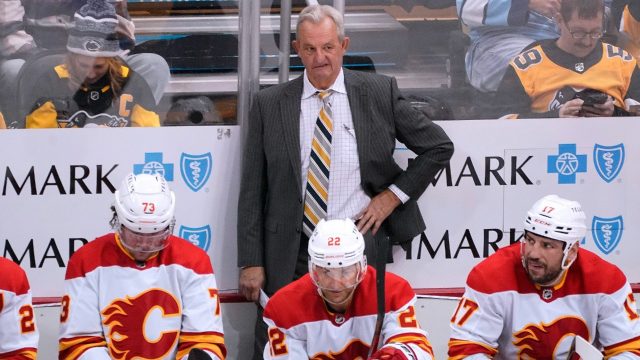 As Flames’ scoring woes continue, an AHL call-up could provide the spark